I made a goal in 2019 to read a book a week, which for me is quite the stretch as I’m naturally a slow reader. In fact, I’ve struggled with “read a book a month” in the past, so I’m hoping this goal will help to improve my reading times drastically.

Simon’s one of my favorite speakers. He’s captivating, charismatic, and a world-class story-teller. Unfortunately, his writing tends to be overly drawn-out, as if he’s trying *too hard* to bring home a point. This book was roughly 280 pages, but could have easily been 50. The last 8-10 chapters were very, very, very, redundant. (like this sentence!)

The message of the book, however, is fantastic! Simon studies humans (and leadership) on an anthropological-level, to show how leadership should look in today’s corporate America and what that would *feel* like to the group or company organization. Simon discusses how, biologically; through chemicals in the body such as Endorphins, Dopamine, Serotonin and Oxytocin, we are designed to be social beings with leaders who exist to look out for the protection of the tribe; not for self-preservation.

Now, several leadership books talk about how or why a Leader should put their team’s needs before their own, but what’s unique to Simon’s take is that he shows how doing so effects our bodies *chemically* (Dopamine, Serotonin, Oxytocin, Cortisol, etc.), which quite literally, has profound effects on our physical and mental health. Simon makes a pretty compelling case for Leadership as a means to combat and/or improve the literal health of the PEOPLE inside the organization, not just the *health of the organization itself* as most books do. If you’re into health and wellness, or believe that improving as a leader will help you both personally and professionally, this book is for you.

My advice? Read the first 10 chapters or so and move on to your next read. The chapters on ENDSO and Cortisol are must-reads, the last few chapters are wasted paper.

Full Notes on the book HERE.

Like most young men, I grew up with my father as my role model. I wanted to be “just like Dad!” Twenty-six years later, not much as changed, and this Father’s Day, I’d like to celebrate a man I love dearly by sharing the top 10 life lessons my father has passed on to me.

I love you, Dad. Thank you for always being there for me, as well as all the other lessons you’ve taught me along the way. I hope you have an amazing Father’s Day, and be selfish for a change and do what YOU want. You deserve it. 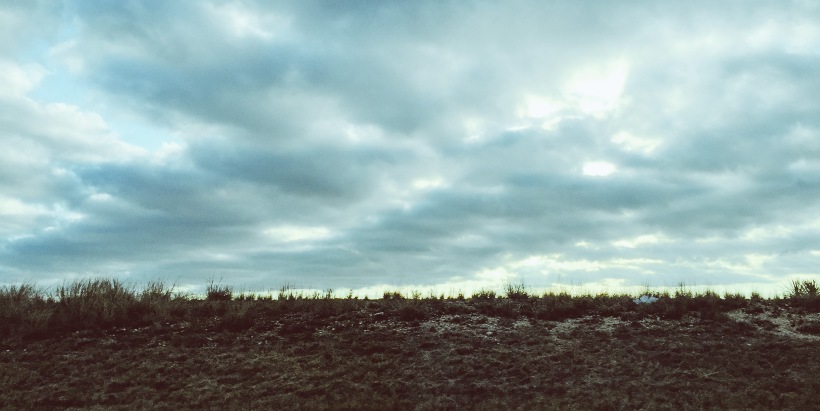 Like most people, my father is my role model. He’s everything I want to be as a man, a father, a husband, and a sibling (as he is to his). For the most part, I’m sure every son in the world can relate to the above statement, or at least, I hope so.

What’s unique about my father’s inspiration on me, however, is that he’s the reason I want to (continue to) be an entrepreneur. Now, my father isn’t the traditional small-business owner, nor is he a huge risk-taker. On the contrary, my father went to school for Chemical Engineering, and worked for a large corporation (the same one) for 30 years before being laid off in 2008 at the height of the recession.

My father’s message was always clear to us children: go to school, get good grades, get a good job, be a good spouse and parent.

An admirable message, to say the least. The problem is, I’m an entrepreneur. I always have been, whether I’d like to admit it or not. I’m a risk taker, I’m an ‘all-or-nothing’ go-getter, and I’d rather work 24/7 for something I believe in, for free, than work 5 minutes on something that doesn’t spark my interests.

As you can imagine, my father, nor my mother, was particularly pleased when I told them 3 years ago that I wanted to leave my job and start Buddytruk. I was “crazy” and “not thinking straight.” This was just another “excuse to get out of working.” I went ahead and did it anyway, and 3 years later, I couldn’t be happier in my decision. Ironically enough, it was my father that motivated me to do so.

You see, my father told me not to do it. He told me the likelihood of failure was high, and sure, he was right. But what I haven’t told you, is what my father did after he got laid off in 2008.

My father, not one to sit still, started trading stocks and penny stocks online. He thought he could make money by day-trading full-time, and it turns out, he couldn’t. So what did he do? He did what any other entrepreneur would do, he pivoted and tried something else. The second thing he tried was real estate, and he bought a beach house in Galveston, Texas and started renting it out on VRBO. Well, it turns out that his second stint worked pretty well, and 8 years later, he has 4 beach houses, and has flipped 3 additional properties. My father, with his “get a good job and work hard for 30 years” mentality, has become quite the entrepreneur. He may hate the title, and claims he only does this for fun and to “pass the time”, but make no mistake, this is a business, and one that’s run very well.

So naturally, my father’s success has inspired me to master my own craft as an entrepreneur. Our conversations are much more frequent than they used to be, and we talk business on almost every call, and not because we feel the obligation to ask the usually mandatory “how’s work?” question, but rather because we are both generally passionate about working for ourselves.

But what’s even more inspiring to me than my father’s ‘on-the-field’ success, is how this career change has affected him ‘off-the-field.’ In Stephen Covey’s famous book, “The 7 Habits of Highly Effective People,” Stephen talks about a concept he calls “private victories before public victories.” What Stephen means is, in order for someone to have success in business, or in relationships, one must first have success internally. In other words, someone who’s generally happy with themselves, tends to work better, treat others better, have better relationships, manage better, etc. And this is so true with my father. As already mentioned, my father has been very successful over the last 8 years running his own business, but what means much more to me, and perhaps I’m biased because I’m his son, is how much better our relationship has become because of it. When I was growing up, my father had a short temper, yelled at me when I made mistakes, and genuinely seemed unhappy most of the time. As a kid, I just thought that he was “grumpy”, but now, as an adult and entrepreneur, I see the truth: he wasn’t passionate about what he was doing.

I’ve always believed the key to happiness is following one’s passions, and my dad is the perfect example. Now that he’s doing something he’s passionate about, he’s happier. He’s more patient. He’s a better listener. He’s more empathetic. He went from being the parent you’d “avoid” when you made a mistake to the guy you’d run to for advice when you’ve messed up. Whenever I call, he answers. And no matter what he’s got going on, he’ll talk to me for hours on end just to help me with my problems. Now granted, I’m sure this sounds like a lot of stuff fathers are “suppose to do”, and you know what, you’re right. But I know way too many parents, my own included, who have let the stresses from work affect their family life. I myself have passed along my stress onto others after a long day at work. It’s human nature. But to me, it’s clear as day to see that those who are passionate at work, tend to live much better lives. They stress less, they worry less, and because of that, they think about themselves far less. Because my father thinks about himself less, he’s able to think about me, and my sisters, and my mother, and his parents, much, much more. In the last 8 years, I’ve seen my father go from the “grouch” in the family to the “rock.” Even my mom’s mom goes to my dad for advice now! And it’s obvious why, he’s simply the best listener in our family, and the most understanding person I know.

Perhaps there are other factors at play here, but I can’t help but think that this career change is the main driver in my father’s change of heart over the last decade. As Aristotle says “we are what we repeatedly do”, and if you go from spending the majority of your time at a job that stresses you out, to a job you genuinely love, you’re damn sure it’s going to positively affect ALL aspects of your life, not just your professional one. It’s my father’s ‘off-the-field’ success that’s most inspiring to me, and makes me want to continue to be an entrepreneur. He’s shown me through his actions, regardless of his words, that how you spend your time has a major effect on who you are, and who better to be, than a man of passion!

Thank you Dad for all the inspiration, I love you dearly.

My goal here is simple… to journal, publicly. This will be unedited, unfiltered, and unapologetic. For those who don’t know, I founded Buddytruk 2 years ago, and have devoted my life to my start-up and my team. I’m no Mark Zuckerberg, so unlike Facebook, Buddytruk’s had it’s ups and downs (vs. just ups). My goal here is to let you into the day-to-day, at Buddytruk and in my life in general (if that’s appealing), so every reader can feel like THEY are also running a startup, and how it feels, both good and bad, to devote your life to something.

Thought of the day..

“We can either be consumed by life, or let life consume us.”